The Blossoming of the Cherry Trees! 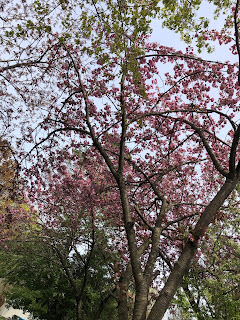 For some reason, it seemed like this year it took forever for the cherry trees in our yard to blossom. From the beginning of April on, I kept on looking and checking for the pink blossoms to arrive, but they seemed so long in coming. Eventually, however, they did blossom, and our yard became surrounded by big pink balls hanging on the trees that encircle it. It’s quite a sight to behold!  Now however, a few weeks later, the blossoms are falling, and the ground has become a carpet of pink. It’s as well beautiful to look at, but admittedly a bit sad. After all, the fallen blossoms signal another passage of time, another passing of a season. It will be another full year until the cherry trees blossom again. A lot will take place between this year’s blossoming and next year’s. It makes me wonder, what will take place in between those two points in time. I don’t know…nor do you. Surely, the time between the blossoming of the cherry trees is quite uncertain.  There is One who knows, however.
Post a Comment
Read more 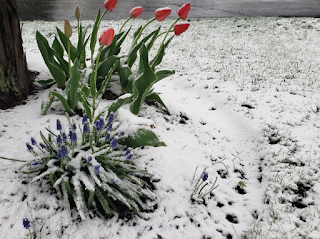 Those of us who live in the northern half of the United States know that the weather in the month of April can be quite unpredictable. One day we can be in the 70’s wearing shorts and short sleeves, the next day we’re back to our winter gear. This week has been a case in point. Just a few days ago, here in New Jersey, it was in the 70’s and really began to feel as if summer was on its way. Yesterday, just a couple of days later, it was chilly to the point that I had to wear a sweatshirt, winter jacket, hat, and gloves to walk our dog.  Thankfully we didn’t have snow as did some of our friends in the Midwest!   This is why, here in New Jersey, we don’t normally plant flowers until around Mother’s Day.  We don’t want our flowers to die from an unexpected frost, which can easily happen in the unpredictable month of April. We might say, we need to expect that unexpected and unpredictable weather  just may take place, lest we are caught off guard and end up with a bed full of dead flowers.
Post a Comment
Read more

Waiting to Wait Some More! 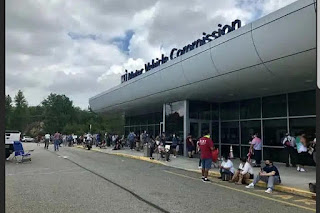 This week I’ve had to take care of some business with the New Jersey Motor Vehicle Commission (MVC). (Yes, you can begin to feel sorry for me now!) Without getting into all the details of all the going back and forth to MVC this past week, I returned this morning, about 30 minutes before they opened to find that there were already about 50 people on the line that I needed to get on. That’s when the waiting began.  I first I had to wait until the MVC opened. I then had to wait until it was my turn to be let into the building. Once I was in, I had to wait on a line to give the woman behind the desk my cell phone number. I was then told to leave and wait for a text message that would tell me when to come back, so that I could enter the building again and wait for my number to be called.  In essence, I waited and waited so that I could be called back to wait again!  If you know me, you know waiting is not my strong point.  But to wait so that I can be told to wait some more is really beyon
Post a Comment
Read more

The Dog Who Can Tell Time! I’ve become convinced that our dog Sadie is able to tell time—or, at the very least she has a very good sense of time. When I was laid up at home recovering from both back surgery and COVID, I noticed that after breakfast Sadie would take her place in the family room and for the rest of the morning and much of the afternoon, she would sleep. Every so often she might get up and go to a different spot, but she would rarely try to interact with me. However, somewhere between 2:00 p.m. and 2:30 p.m. she would come over to me or to someone else who was in the house and begin to beg to go outside for her afternoon walk. It was like she suddenly came alive. It was as if she knew what time it was.    This week I’ve been going to my office on a more regular schedule. What I noticed is that, when I come home at lunchtime, Sadie doesn’t even get up to greet me. It’s as if she knows it is too early for her afternoon walk.  But when I come home later in the day, there she is, sitting by the gate th
Post a Comment
Read more

Coming Out of Quarantine! 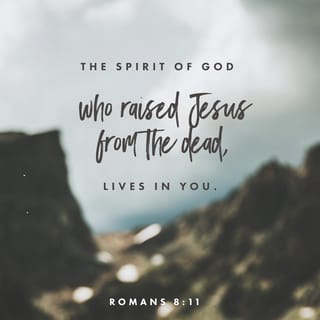 After being quarantined with COVID for about 17 days, yesterday I was finally able to leave my home. It was a good feeling to be able to step outside without the fear of infecting someone else with the virus that had me sick for almost three weeks. And I’m very excited to be able to be in church this weekend for our Easter services.  You might say, I feel like I’ve experienced a resurrection of a sort. As I wrote about last week, it’s no fun being stuck at home unable to do the things you want to do and go the places you want to or even need to go. Being able to come out of quarantine is in some way like being resurrected to new life! At least that’s how I feel.   I know that may be a bit of an exaggeration. But it’s an appropriate one considering what this weekend is all about.  The scriptures describe for us how on Friday Jesus’ body was shut up in a tomb that was sealed with a giant stone. There was no way in the world that Jesus was going to be able to get out of that tomb—at least
Post a Comment
Read more

Stuck In the House...Again! 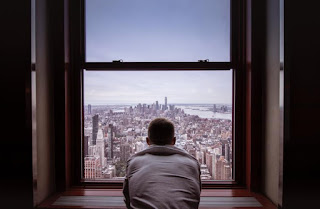 After a year of escaping COVID—and being as careful as I thought I could be—a couple of weeks ago I came down with the illness. That being the case, I’ve had to stay put in the house. Not that I’ve wanted to go anywhere since I’ve been pretty sick (I won’t get into the details!). Of course, Kim has had to quarantine with me as well. In fact, she also tested positive. So, we’ve been stuck in quarantine mode.  For me it’s been a bit discouraging in that I’ve still been healing from my back surgery. After almost a month of being home, I was really glad to be going to physical therapy, out for short walks, and preaching again at church. I felt like I was beginning to reengage in life. Then suddenly, it all came to a grinding halt. After weeks of being stuck in the house with a bad back, now I’ve had to spend another two weeks in the house recuperating from COVID.  Yes, I’m stuck in the house again!  I am sure, none of us likes being stuck in the house…or, stuck anywhere for that matter!  W
Post a Comment
Read more 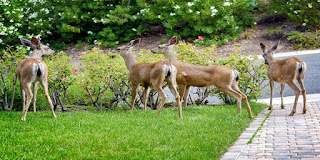 Like many of you who live in New Jersey (and probably elsewhere), our home is in a neighborhood that is surrounded by deer. In fact, Kim and I live close to an arboretum that is filled with more and more deer every year. And every day, those deer wander out of their patch of woods and onto our lawns and into our yards, destroying just about everything in their path, or so it seems.  Don’t get me wrong, deer are beautiful creatures. Their fawns make you almost want to take one home. And what they do is not their fault; after all, they’re just animals doing what comes to them by instinct. Yet, the truth is they wreak havoc in a neighborhood such as ours, pulling up flowers, eating away at bushes, eating the seed I put out for the birds—even hopping the fence—and leaving their droppings wherever they happened to be. In fact, the other day as I was sitting in our backyard I noticed that one of our bushes was half of what it was just a few days ago. Apparently, the deer had been there!   If
Post a Comment
Read more
More posts

Tim Harris
Eatontown, NJ, United States
Tim has served as a senior/lead pastor for over 25 years in New Jersey and the New York Metropolitan area. He is currently the Senior Pastor of First Assembly of God in Shrewsbury, NJ. Just prior to coming to First Assembly, He has as well been involved in missions work in Nicaragua, India, Peru, and Ecuador. Tim has a Master of Divinity degree from Alliance Theological Seminary in Nyack, NY and a Bachelors of Science degree from Fordham University in the Bronx, NY. He has been ordained with the Assemblies of God since 1991. He has also served as a presbyter of the New Jersey District of the Assemblies of God. He is married to Kim who has been highly involved in the women's ministries of the churches where they have served and is a gifted pianist and vocalist. The Harrises have three children Jonathan (who is now married to Danielle), Nathaniel, and Joanna. Tim and Kim are both originally from Rockland County, New York. 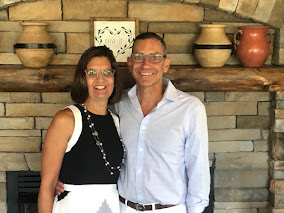 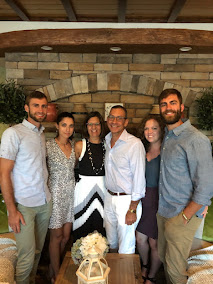